The Chinese government has announced a modification to its ban on initial coin offerings, clearing the way for blockchain projects in China. In an official statement published by both the People’s Bank of China and The National Development and Reform Commission, ICOs are now permitted as long as they meet certain requirements. 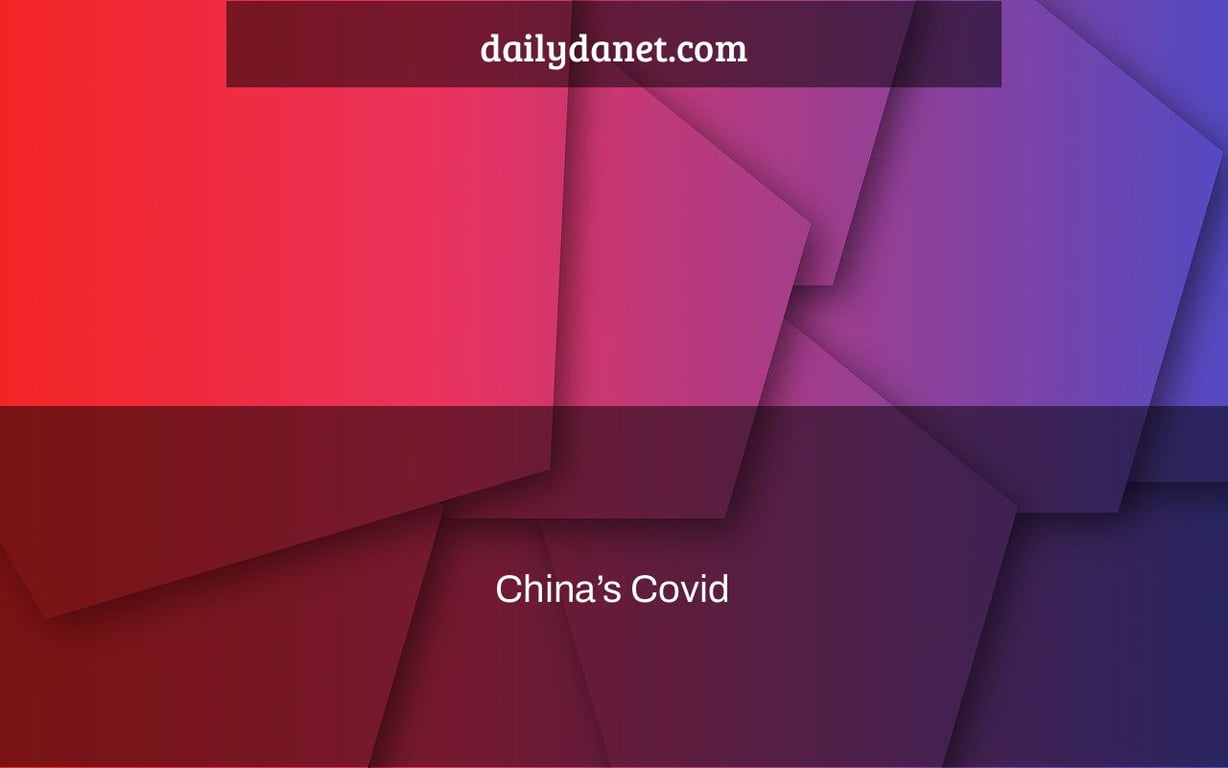 The economic implications of China’s severe pandemic-control efforts have been highlighted by the closure of several industries in the Yangtze River Delta last week in a lengthy struggle with Covid-19.

Business owners are trying to appease consumers over delayed deliveries, while listed businesses are apologizing to shareholders for potential losses, after the unexpected lockdown of areas in the cities of Shaoxing and Ningbo in Zhejiang province.

Two years after the first Covid-19 case was recorded in Wuhan, China’s government is still attempting to contain the virus with lockdowns, mass testing, and quarantine wherever it appears. Under Beijing’s “zero-tolerance” Covid-19 policy, constant interruptions to local enterprises and people’s lives have compounded to the economy’s recent headwinds.

Last year, China’s harsh lockdown measures aided the economy’s recovery, putting it ahead of other big countries and boosting exports. This year, it has become evident that the government’s strict attempts to limit breakouts come at a financial cost.

In recent months, economic activity has slowed in a number of areas. While industrial output grew in November, consumption and investment remained poor, according to statistics released Wednesday in Beijing, with some analysts blaming the harsh Covid-19 measures in part.

More than 200 locally transmitted cases have been detected in Zhejiang in the last ten days, with about two-thirds of them in one Shaoxing district. The local economy of Zhejiang, which accounted for nearly 6% of China’s overall GDP last year, has an annual gross domestic output of almost $1 trillion.

Shangyu, a district with an estimated population of 840,000 people, is home to a cluster of manufacturers ranging from traditional textile businesses to high-tech companies, with exports accounting for more than a quarter of the local economy.

At least 14 listed firms in Shangyu stated they had ceased production when the Shangyu district administration ordered an abrupt lockdown last Thursday, according to corporate filings.

Following the discovery of more than a dozen local cases linked to a funeral, the decision was made. According to a statement posted on the Shangyu district government’s verified social-media account, all residents have been told to stay at home, all vehicles have been ordered off the roads, and all factories have been told to close, except for those necessary for combating Covid-19 or ensuring necessities such as food and medicine. 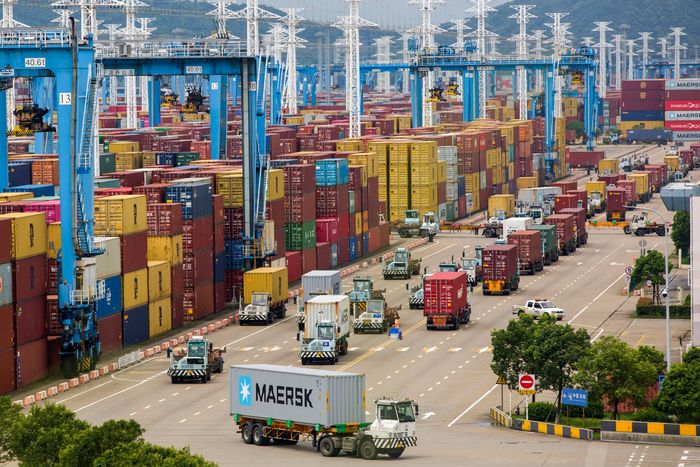 The Ningbo-Zhoushan Port in China was halted in August after a single Covid-19 instance was discovered.

Weddings are on hold, while funerals need approval from the local authorities and must be kept to a reasonable scale. There have been three rounds of mass testing since last week.

In a report to the Shanghai Stock Exchange, Zhejiang Yankon Group Co., a maker of light-emitting diode, or LED, lights that sells items on Amazon, claimed that manufacturing and logistical activities at its Shangyu facility had been interrupted since last week.

Over the first nine months of the year, revenue from Shangyu manufacturing accounted for more than 40% of the firm’s overall revenue, according to the company. It is attempting to transfer some orders to its three other plants outside of Zhejiang, but delays and losses are certain.

The business noted in its statement that a “abrupt outbreak…affected deliveries of LED lighting goods.” “Please accept our heartfelt apologies.”

Shifting manufacturing might be difficult for certain firms. Two of Zhejiang Huangma Technology Co.’s subsidiaries, which together comprise the company’s entire manufacturing capacity, have both ceased production. According to the company’s report, expected delivery delays would have an impact on its operations in December.

The majority of businesses anticipate the outages to be brief, while it is unknown how long the lockout will persist.

KEEP UP TO DATE

Six days a week, get a coronavirus briefing, and after the crisis passes, get a weekly Health newsletter: Here is where you may sign up.

According to a business filing Tuesday, Ningbo Fubang Jingye Group Co., an aluminum manufacturer in the adjacent port city of Ningbo, claimed its aluminum subsidiary in the city’s Zhenhai area had ceased operations.

This year, waves of diseases have caused round after round of lockdowns in China’s port and border cities.

Hundreds of ships waited to load goods for Western markets outside a major container port at China’s Ningbo-Zhoushan Port in August, which had been blocked after a single Covid-19 case was discovered.

Authorities in Tianjin, China’s northern port city, said on Monday that they had discovered the first case of the Omicron coronavirus strain on the mainland. Guangzhou, in China’s south, said on Tuesday that it has discovered another Omicron variant illness. 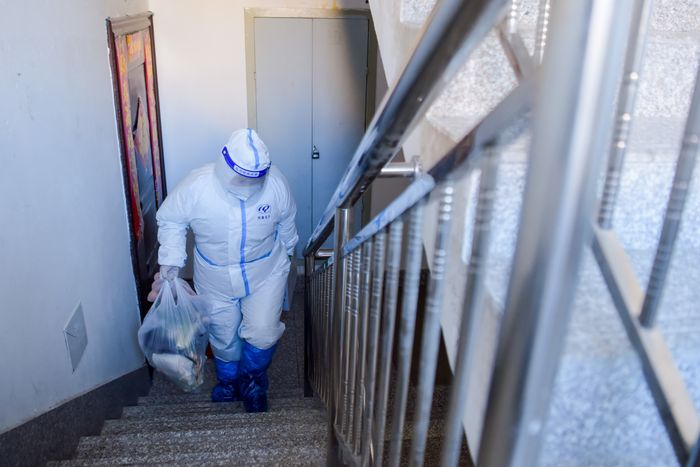 Earlier this month, a volunteer in the northern border city of Manzhouli delivered everyday needs to people. A large portion of the city remains under lockdown.

Manzhouli, a city on the Russian border, has undertaken over a dozen rounds of mass testing since late last month, discovering over 500 Covid-19 instances. Since Nov. 28, local businesses and individuals say their lives have been put on hold. Flights, trains, and public transit have all been suspended, harming internal and international commerce. Despite the fact that it has been weeks, most of the city remains under lockdown.

It’s the second big lockdown in Manzhouli. In late December of last year, a prior lockdown that lasted more than a month came to an end.

“‘Historians say that history repeats itself. I’m sorry to my clients again exactly a year later.’”

— In the Chinese city of Manzhouli, a business owner

“Historians say that history repeats itself. “I’m sorry to my customers again, exactly a year later,” a local company owner said on Weibo, a Chinese version of Twitter.

The local economy in Ruili, a jewelry-trading city on China’s Myanmar border, was expanding at 8.1 percent in 2020, driven by commerce and tourists, despite repeated lockdowns for more than a year. According to the most recent official figures, Ruili’s GDP shrank 8.4% in the first nine months of this year compared to the same period last year.

Following a public outcry over the Covid-19 restrictions, the Yunnan province government, which includes Ruili, vowed last month to remove quarantine and testing fees, provide subsidies to families forced to migrate as a result of the restrictions, and lower taxes for local companies.

According to official media, tens of thousands of visitors and employees at Shanghai Disneyland were tested in early November after a person who had just visited the park tested positive for Covid. Chinatopix/Associated Press photo

Liyan Qi can be reached at [email protected]