David Adefeso is back from his dream vacation and he describes the flight to fans and IG followers. 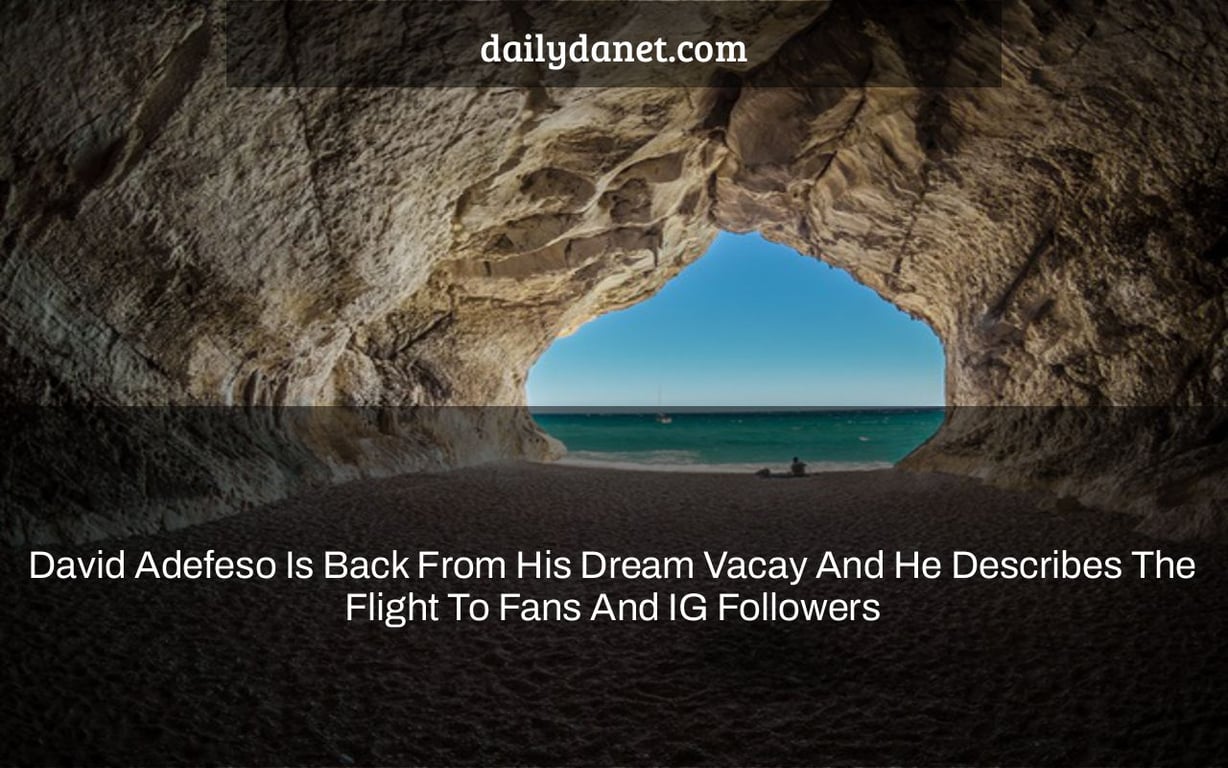 David Adefeso just returned from vacation, and he made sure to show his followers a video in which he addresses his return trip. Take a look at the post he made on his social media account below.

‘It was a great flight back in. Best I’ve had on a commercial airline in a while. I was cruising down the aisle…at least until I hit the immigration line for US citizens. What the…#%&!! I’ll admit that I do enjoy the good life and splurging on those things that make life easier and more delightful,’ David began.

‘But I’d hate to become one of those “private jet snobs” who, while 12 million children in America go hungry every day, pay $27,000 on a billionaire’s private plane instead of $2,700 on a pleasant commercial flight….just to escape this,’ David said. What happened to the $7,500 in taxes I paid last year? #explorepage #viral #explore.’

‘The seven figures you paid in taxes went to the government and all of its top officials,’ someone added. You may now either spend on the $27k private aircraft or save for your own if you have additional tax write-offs.’

‘I know nothing about you personally, but you appear modest and a God fearing guy,’ said one reviewer. The simple things may be very unforgettable and magnificent. ‘Have a fantastic evening.’

‘Wait, what seven figures in taxes!!!!!’ questioned another follower. ‘It makes us want to cry!!’

‘Our taxes paid makes no difference,’ an admirer commented. I’m in Canada, and returning home made me feel like I was in a concentration camp. It was such a bad experience that it made me reconsider traveling on my next vacation, which I usually do every three months. I’m now dreading the prospect of returning, rather than leaving, since it was such a nice experience. ‘Wishing you the best of luck on your journey.’

‘The celebrities millionaires and billionaires got the regular poor people f***** up because they know they don’t have that money so they robbed from Peter to pay Paul to get their bodies done knowing damn well they don’t have it and all of them looking like they gave is not only frozen but melting and doing everything illegal in the pandemic to obtain those facelift, booty lift, hip lift, lip injections,’ said another. SMH do they realize that if something doesn’t work after a while, gravity takes over and there’s nothing you can do about it? Instead of paying all that money, I’ll just pray on a regular basis and do something else with it like feed the poor, buy some land investment people are rich for all the wrong reasons, people spend money for all the wrong reasons, and it’s the ones who really don’t know what to do with that kind of money or wealth but we can’t change people they’

‘I hear you about those spoiled affluent persons (and many not so rich) that fly about in pricey private aircraft and flaunt it on social media simply to make themselves appear cool,’ another follower commented. I like wealthy yet modest individuals like you who aren’t scared to call them out and tell it like it is. ‘Congratulations, my brother.’

Asus Tablet Won’t Turn On: How to troubleshoot and fix