The Queen and the Sea is the first of two DLC packs coming this June. With a new location to explore, new missions to complete and more weapons than ever before, players will be eager for more content in Dead Cells.

The “Dead Cells: The Queen And The Sea DLC review” is a new update for the game. It adds a map, new enemies and more. 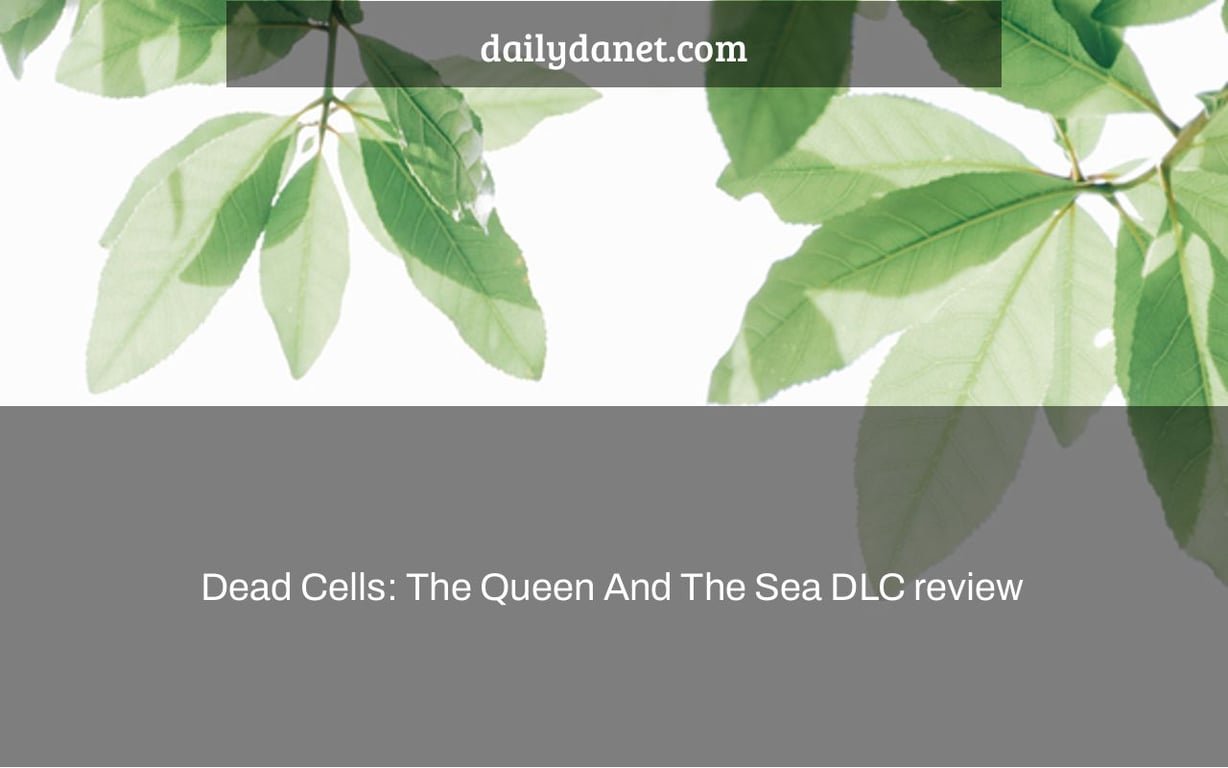 Dead Cells: The Queen And The Sea — if this isn’t the last DLC, then so be it (pic: Motion Twin)

The first big release of 2022 is the third, but not necessarily last, paid-for DLC for Dead Cells, and it’s exactly as wonderful as you’d expect.

There was a game named Rogue back in the early days of video gaming. It was a dungeon crawler released in 1980 that required you to restart from the beginning each time you perished. It’s the type of savagery that contemporary gamers aren’t accustomed to, but its design decisions have inspired a slew of creators since the millenium, spawning the still-popular roguelike genre.

Even though Dead Cells is a roguelike, it has significant Metroidvania leanings, as seen by its most recent piece of DLC this month. New abilities and equipment, like their namesakes Metroid and Castlevania, let you to visit previously inaccessible regions in levels you’ve already completed. It’s a clever technique of concealing surprises in plain sight, luring you forward so you may explore locations you could see but couldn’t quite reach.

Players found a tiny, precisely crafted 2D Metroidvania game with short stages, pixel flawless animation, and a roguelike eagerness to educate you via repeatedly murdering you when Dead Cells gained early access on Steam in 2017. Nobody, least of all the game’s creator Motion Twin, could have predicted that the game would grow into a six-million-selling giant over the next five years.

Each of Dead Cell’s flawless, randomly generated levels is divided into biomes, each with its unique set of fascinating parallax scrolling backdrops, scenery, and adversaries. As you get to know your way around the map, you’ll quickly figure out which biome connects to which location, allowing you to plot a path across sections and past opponents you have a chance of defeating.

The Time Keeper monster, the Slumbering Sanctuary biome, and the terrifying Forgotten Sepulchre, a level cloaked in darkness that will murder your character – a nameless, headless former prisoner – if he’s left exposed to it for too long – were all included as DLC before the game’s official release in 2018. It also has mutations, the game’s perk system that you acquire in the anterooms that precede each biome, which are like corridors.

The inclusion of boss stem cells, which you win after fighting the game’s final boss, the Hand of the King, was the penultimate pre-launch modification. Each stem cell increases the difficulty, reshuffles the level connections, and, most importantly, changes the creatures you confront in each location. Stem cells not only keep the game new, but they also offer a level of difficulty that allows Dead Cells to last for hundreds of hours.

The upgrades have been coming thick and fast since then. Fresh biomes, new opponents, more weapons, larger bosses, new mutations, and constant nerfs and buffs to keep the game’s fast increasing bestiary and armoury in check. Always in touch with the game’s ardent fans, the creators have guaranteed that the flood of new content and commonly requested quality-of-life enhancements never stops.

The fact that practically every update and DLC has been provided for free is perhaps the most shocking aspect of all of this. Only two of the game’s DLCs have been paid for since production shifted to Evil Empire, a spin-off company founded especially to promote the game, in 2019, a persistent act of generosity seldom equaled in the modern period.

The Queen And The Sea, the most recent update, is just the third one you’ve had to pay for, and it’s meant to wrap up the narrative arc that spans all three paid expansions.

A tentacle drops a letter right at the start of Prisoners’ Quarters, the game’s first level, acting as a signpost for a set of clues that will lead you to a giant, heavily armoured prawn who gives you possibly the update’s most powerful weapon: the Leghugger, a sidekick that feeds on enemies, eventually eating enough to evolve into an even more powerful adult state.

The armoured shrimp also drops a key to the Lighthouse, which unlocks a door in the final level, High Peak Castle, allowing you to sail to the Infested Shipwreck, the first of two new biomes. It’s here that you’ll learn that not all adult Leghuggers are nice; in fact, some of them want to eat you as much as your new acquaintance likes consuming adversaries.

The maritime motif of Dead Cells: The Queen And The Sea is a lot of fun (pic: Motion Twin)

If you get it through the Shipwreck, you’ll be confronted by The Queen, the next boss. She begins by following you up the frail structure of the Lighthouse, which is engulfed in flames in her wake, implying that speed is crucial. When you reach the top, it’s time to combat her, which will take the place of the climactic confrontation with the Hand of the King.

With the new boss and biomes come a slew of new weapons, including the Maw of the Deep (a shark you swing at enemies before hurling it at them jaws first), the Hand Hook (a distinctly pirate-y way to lay waste to foes), and the Scavenged Bombard (a squat little cannon that does a lot of damage but only works when you’re right next to it).

Dead Cells is a distinct game every time you play it because of the vast amount of unique pathways offered by procedural creation, as well as the variety of final fights. That’s something that can be mitigated partially by selecting Custom Mode, which allows you to disable weapons, abilities, and mutations that you don’t want to use.

Although Motion Twin hasn’t revealed its paid-for ambitions beyond The Queen And The Sea, it has already promised a slew of free DLC until 2022, implying an embarrassment of riches without spending a dime. Dead Cells is one of the finest indie games of all time, and it’s just getting better after more than three years of nonstop development.

DLC review for Dead Cells: The Queen And The Sea

Pros: Two well-designed new stages to explore, one of which is unlike anything else in the game, provide new pathways through the game and a new final confrontation.

Cons: If you’re not a fan of harsh roguelikes or ultra-fast 2D action games, this is unlikely to change your mind.

Nick Gillett contributed to this article.

Metro Gaming is on Twitter, and you can reach us at [email protected]

Check out our Gaming page for more stories like this.

Is the DLC worth it Dead Cells?

A: The DLC is worth it if you want to get more content out of Dead Cells. If you dont care about the extra modes, weapons and items, then no the $15 isnt really worth it.

Is the Queen and the sea the final Dead Cells DLC?

A: Technically, this is not the final DLC for Dead Cells.

What is the bad seed DLC?

A: The bad seed DLC is a free content update for users that has been purchased the original Beat Saber game.