Diane Larson is an American television news reporter for ABC13 in Houston, Texas. Her career includes work at WFAA-TV and KTRK-TV before moving to ABC 13 following its launch. She is also known as the former co-anchor of The Early Show on CBS4 Denver with Gary Shapiro

Diane Larson is an American journalist. She has been a reporter for ABC13 since 1994. She is also the co-anchor of ABC13’s morning show and a fill-in anchor on Good Morning America. Larson was born in California, but she grew up in Canada. Her father was an engineer and her mother was a teacher. Diane married her husband, Michael, in 2004 and they have two children together. They live near Houston, Texas with their family. 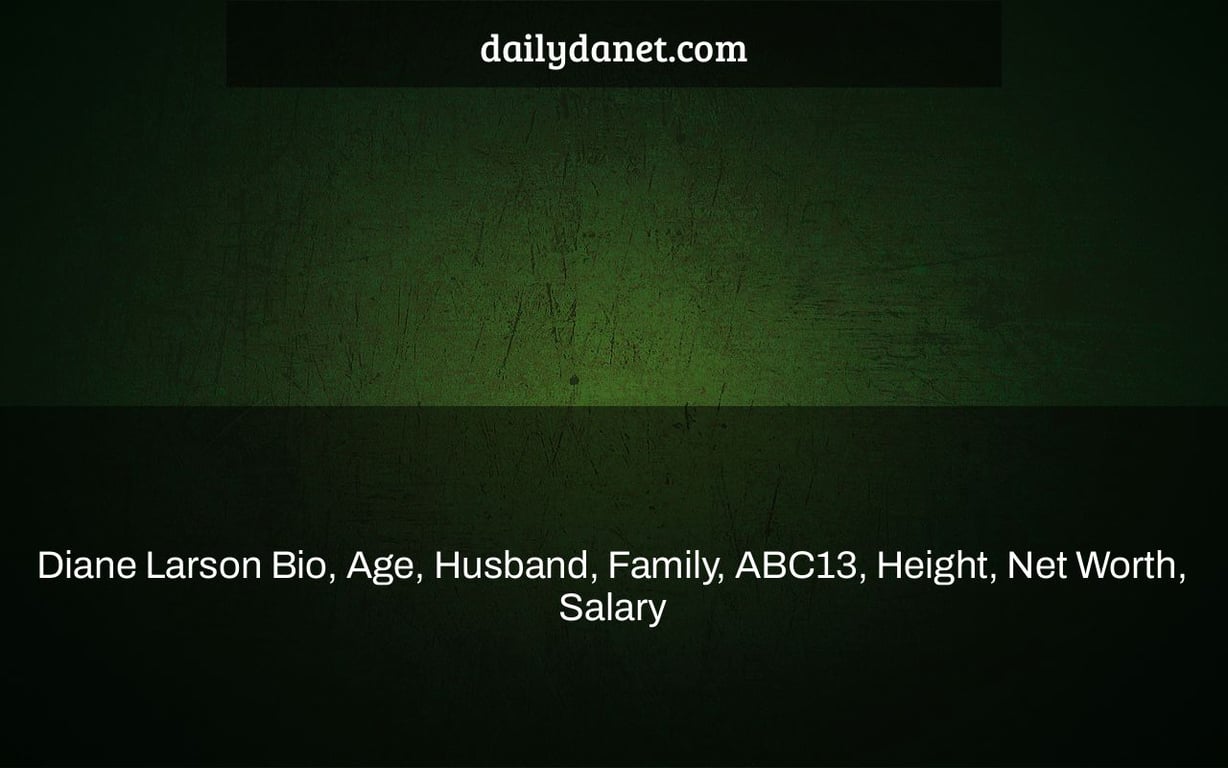 Larson, Diane is an American award-winning journalist who has been recognized for her work, receiving numerous Emmy awards, Associated Press Awards, an Edward R. Murrow awards. She is currently working at 13ABC as an Action News anchor at 5, 6, and 11 alongside Lee Conklin. Larson has steered newscasts that have also won hundreds of awards from the stations.

Larson will be 61 years old in 2021. She was born in the United States of America, in the city of Canton, in the year 1960. She has not, however, revealed her precise date of birth. As a result, it is unknown when she will celebrate her birthday.

Larson is happily married to Andy Larson. Drew Larson, the couple’s daughter, was born to them.

Larson was born in the Ohio town of Canton. However, no information regarding her parents or siblings is accessible at this time. She has always kept her personal life out of the spotlight. However, once the material is in the public domain, we will notify you.

Diane is an Ohio native who earned her bachelor’s degree from Bowling Green State University. Diane has been giving you the news that affects your life, your health, your money, your children, and your community for more than 35 years.

Diane and Lee Conklin co-anchor Channel 13 Action News at 5, 6, and 11 p.m. For more than 20 years, the two have enjoyed a fruitful on-air connection. She is a multi-award-winning journalist who has won Emmys, Associated Press honors, and Edward R. Murrow awards for her work on television.

Larson was honored by the Toledo Press Club with the Golden Touchstone Award, was recognized a YWCA Milestone recipient, and was selected one of the Girl Scouts of Western Ohio’s 100 Women of Influence. She was also the first live woman to be honored into the Ohio Associated Press Broadcasters Hall of Fame, and just the second woman overall.

Flying to China to cover the tale of the Panda exhibit at the Toledo Zoo, traveling to Israel for a historic visit by the WNIT Champion University of Toledo Rockets, and being in Washington for President Bill Clinton’s first inauguration were among her most memorable assignments. A one-on-one interview with President Barack Obama during his re-election campaign in 2012, and a meal at the White House with a group of journalists at President Donald Trump’s request in 2017.

She has moderated a number of political discussions that have aired live on 13ABC and C-Span around the country. She got the amazing chance to cover the Oscars red carpet.

Diane’s dedication to the community goes beyond what you see on TV. She has also assisted in the fundraising of tens of millions of dollars for local groups such as the Juvenile Diabetes Research Foundation, the Muscular Dystrophy Association, Taste of the Nation Toledo, and ZESToledo, all of which work to end childhood hunger in our region.

Larson’s net worth is believed to be between $1 million and $5 million, owing to her successful career as a writer.

Larson’s yearly income, according to the 13ABC anchor’s compensation, is $42064.

“Lee Conklin Toledo” is a news anchor for ABC13. She has been in the industry for over 20 years and has been married to her husband, “Mike Larson”, since 1986. They have 2 children together. Reference: lee conklin toledo.