No Man’s Sky Outlaws is an expansion pack for the game No Man’s Sky, which was released in August of 2016. The new campaign adds many features that are still missing from the original release and promises a more diverse experience while playing through the games’ universe.

No Man’s Sky has been receiving a lot of criticism. The game is not what it was advertised to be and many players feel cheated by the developers. However, there are some people who really enjoy playing the game. In this article, we will discuss everything you need to know about No Man’s Sky Outlaws. 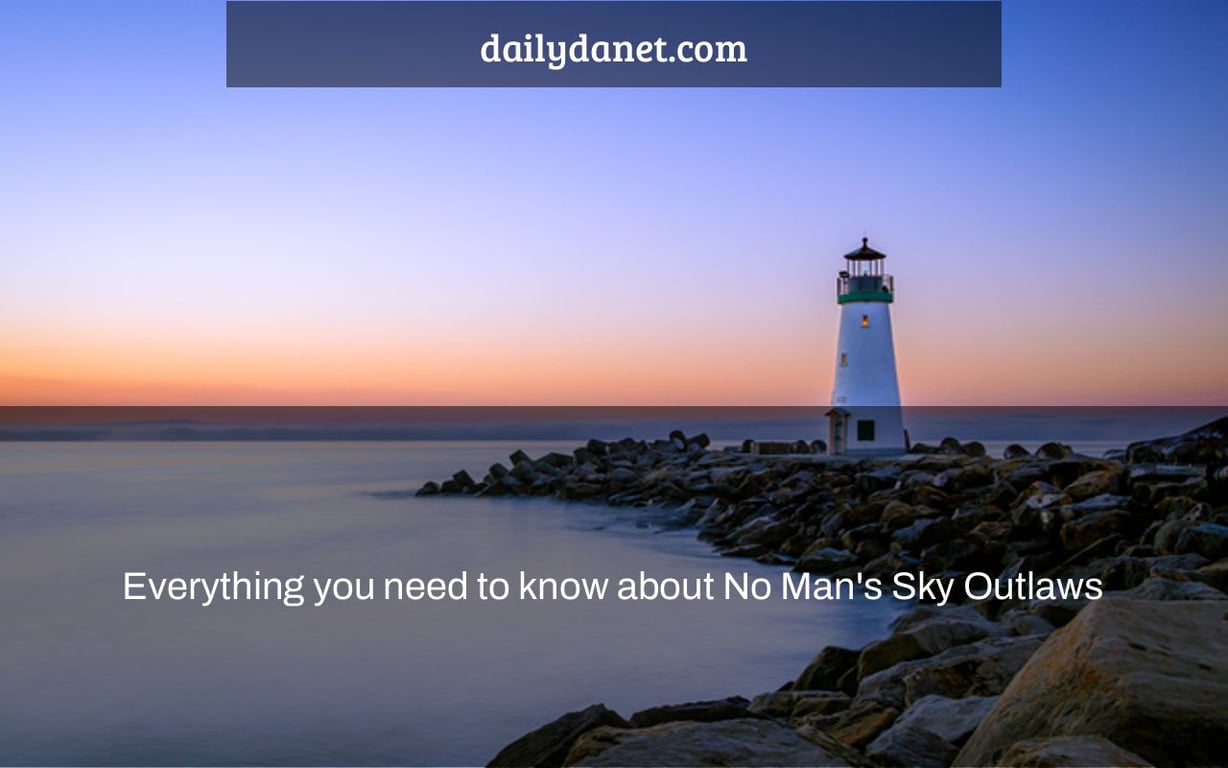 With the No Man’s Sky Outlaws update, Hello Games has published yet another substantial update for No Man’s Sky.

Hello Games doesn’t really need to attempt to redeem itself at this point, yet they continue to do it anyway. The Outlaws update brought a slew of new features to the game, including the ability to role-play as an intergalactic rebel. Here’s Everything You Need To Know About No Man’s Sky Outlaws for more information about these aspects.

On April 13, 2022, No Man’s Sky Outlaws was released as a free version 3.85 update. This new version adds Squadrons to the game, allowing players to hire their own pilots and command a ragged band of outlaws in Outlaws. Outlaw Stations appear as a new sanctuary for people attempting to evade interplanetary law. The new update is accessible on all of the game’s platforms, including PC, PS4, PS5, Xbox One, Xbox Series X, and Nintendo Switch.

Summary of New Features in Update 3.85

Outlaws is the 19th update for No Man’s Sky and the second this year, and it adds a lot of new stuff and narrative for space fans to explore. The most important of them are:

The Blighted Expedition, the sixth expedition in No Man’s Sky, will begin soon!

A crew of space pirates known as The Blight has been terrorizing faraway universes in No Man’s Sky Outlaws, and it’s up to you to put them in place! In this brand new narrative-driven adventure, travel beyond the galaxy in pursuit of intriguing artifacts to discover the mysteries of The Blight. Earn the battle-worn Outlaw Cape from this Expedition to bling up your character. Completing this Expedition will reward you with a large number of new decorative flags and posters, as well as the opportunity to befriend the Wayward Cube as part of your base.

In addition, players will be able to gain the special Shroud of Freedom hood modification by completing new tasks in No Man’s Sky Outlaws and earning prizes by exploring the new SYSTEMS OF OUTLAW and finding their mysteries.

The following are the full patch notes for No Man’s Sky Outlaws update 3.85:

That’s all there is to know about the Outlaws in No Man’s Sky. This new version is a whole bundle, chock-full of new features and mechanics. You’re in luck if you’re looking forward to these updates but aren’t quite ready to get into the game just yet. A Twitch campaign is now underway and will end on Monday, April 18. Players that stream No Man’s Sky on Twitch are eligible for a variety of prizes. Make careful to keep an eye on streams who have dropped enabled. You may learn more about them by clicking here.

Would drafting a running back with a top pick make sense for the Buffalo Bills?