The fantasy baseball season is finally on the horizon, and we’re all eagerly awaiting to see how our favorite players perform in 2018. This year, I’m going to be taking a look at each of my top 15 options and discuss who could go far this upcoming season. 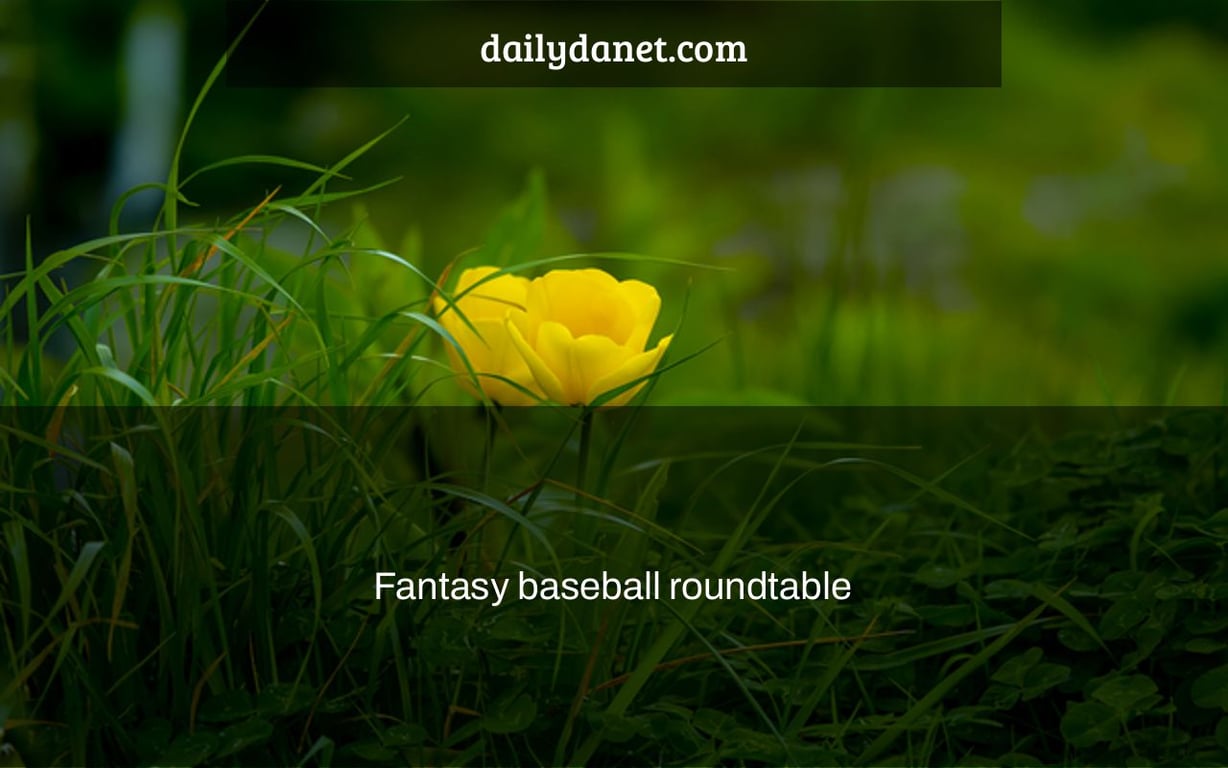 Following the cancellation of games and the postponing of Opening Day on Tuesday, fantasy baseball managers may be wary about their forthcoming drafts. What should leagues do with their drafts now? Should they keep their original dates or reschedule at a later date when the labor scenario has calmed down? Should any modifications be made to compensate for the uncertainty if the response is to proceed?

We asked the hosts of our ESPN Fantasy Focus Baseball podcast to weigh in on the topic, and they did so:

The 2022 fantasy baseball game is live! Get the gang back together, or start a brand new tradition. Join or start a league for free >>

Eric Karabell (Karabell): I’m ready to start writing right now, as planned. Perhaps this is due to the fact that if we get clarity, there may not be enough days for my many drafts, and I have plenty of time now — but I’m eager to write. Also, ask any commissioner how difficult it is to get a group of 10, 12, or more to agree on a draft day. Now that you’ve picked a date, go ahead and do it.

I’m not sure when the season begins, but I don’t expect anything to change other than the plethora of free agents still looking for new clubs to join. Sure, we all incur the chance of free agent Kenley Jansen not closing wherever he goes if we pick today, but that’s why they call it risk. Drafting keeps me interested in baseball now. Let’s get started!

Tristan H. Cockcroft: My name is Tristan H. Cockcroft, and I’m But, after all, haven’t we been here before? This isn’t much different from the position we had before the pandemic-affected 2020 season began (although it’s now far enough in the past that many current fantasy players lack the context), nor is it substantially different from the situation we had before the pandemic-affected 2020 season began. There’s some overlap in terms of the magnitude of the Opening Day postponement and the “guesswork” that comes with it, since those early drafters did so with an offseason’s worth of transaction information but no idea what was in store in terms of the season’s delayed start. Do you remember how much fun you had drafting before to the pandemic? Were there valid cries for a July redraft among the managers in your league once the season’s plans were finalized?

Eric, you’re completely correct; logistics alone may be required to make this conclusion. The LABR (League of Alternative Baseball Reality) and Tout Wars industry drafts will go on as planned (March 4-6 for LABR, March 19-20 for Tout Wars) because it would be nearly impossible to get that many analysts in the same room (or even the same “Zoom”) on short notice, later, with the season’s start date still unknown. I’ve had personal leagues that can’t seem to agree on a future date among 15, 12, or even nine managers, thus they have to continue with their March dates.

However, if you have the option to wait, I definitely advise it since it enhances the whole experience. I, for one, did not enjoy my 2020 leagues as much as others who picked pre-pandemic, rolled with the same stakes, and then watched as opt-outs (Buster Posey, David Price, Marcus Stroman), injury-related choices (Chris Sale, Noah Syndergaard), and regional schedules changed fantasy plans. It’s difficult to recognize the impact of random chance in fantasy baseball, especially when it comes from an off-the-field occurrence.

At this point, leagues should consider making modifications, or at least discussing the possibility of making improvements. Can your leaguemates come to an agreement at a later date? We’re considering a “save the date” draft date in my longest-running keeper league, with the option of moving it back only with unanimous approval. Do the rules need to be adjusted more to account for the numerous remaining free agents? For example, LABR is limiting the availability of the top-12 free agents in the draft, with a live free-agent bidding frenzy scheduled for those 12 just before the season begins. (Please note that this is only for 12-team AL and NL-only leagues, when league landing slots are critical.) In this awful environment, such type of ingenuity intrigues me.

Karabell: Aside from scheduling issues, the greatest approach to prevent being lukewarm in the days, weeks, or even months ahead without the sport is to pick now, while the sport is still fresh in your memory. Keep an optimistic attitude! In any case, the drama is soon done! Also, in the event that “this fellow signs here” or “that guy gets traded there,” I am not in favor of changing any regulations. It’s all part of the plan. The risks we take determine whether we win or lose a league. In fact, the idea of writing early intrigues me more. Do you believe it’s fair to do so?

Cockcroft: You and I have agreed that league rule sets should be hard, comprehensive, and unchangeable in the middle of the game, and I know we both believe that the ideal experience is when everyone follows the same rules, whatever they are. “Tell me the specifications up front, and I’m in!” says the ancient adage. Fairness isn’t in doubt as long as all of it is true of the league.

For me, the question is what type of experience a fantasy manager want. For decades, LABR has picked over the first full weekend of spring training games, emphasizing player evaluation and position projection; our leagues are quite deep, and I like the experience. My long-running home points league has always drafted as near to the season’s first pitch as possible, frequently coinciding with it, to provide everyone in the room as accurate a sense on player talents and responsibilities as possible, and the pool depth is about average. That’s an experience I like as well.

What am I not fond of? When a league drafts, say, 15 days before Opening Day, events disrupt the process, as they did in 2020, the season’s momentum starts up at a later point, and the league just says, “Well, gee, let’s just roll with what we’ve got because it’s simplest,” without even having a dialogue. That’s not to single out any of my own leagues, because I believe they’ve done a wonderful job of having those discussions overall.

I hate to say it, but what if the lockout lasts longer than two series? Perhaps three weeks? Is it really a month? Two? Is it possible that half of the season will be comparable to 2020? We just don’t know.

Eric, while you believe that staying excited now is the best way to combat the lukewarm feeling, isn’t there a similar case to be made that the momentum of the approaching new season best stokes those flames — like LABR coinciding with the start of the exhibition season, getting us all fired up for real games (even if they don’t count)?

Karabell: Yeah, you make some excellent arguments, and I’m just sorry that this is all occurring. Just get pumped up, whether fantasy leagues opt to pick today or wait until the sport returns to routine. Communicate. Listen. Make the greatest decision for your league. Maintain your momentum.