The sanctions announced by the US, Australia and Canada are a response to Russia’s recent military activities in Ukraine. Experts say this escalates tensions between global powers as countries’ support for their allies becomes more important.

Russia is the world’s largest oil producer, and the country is dependent on exports for revenue. The U.S. has decided to sanction Russia’s oil exports by targeting its energy sector with sanctions, which will hurt Russia’s economy in a big way. 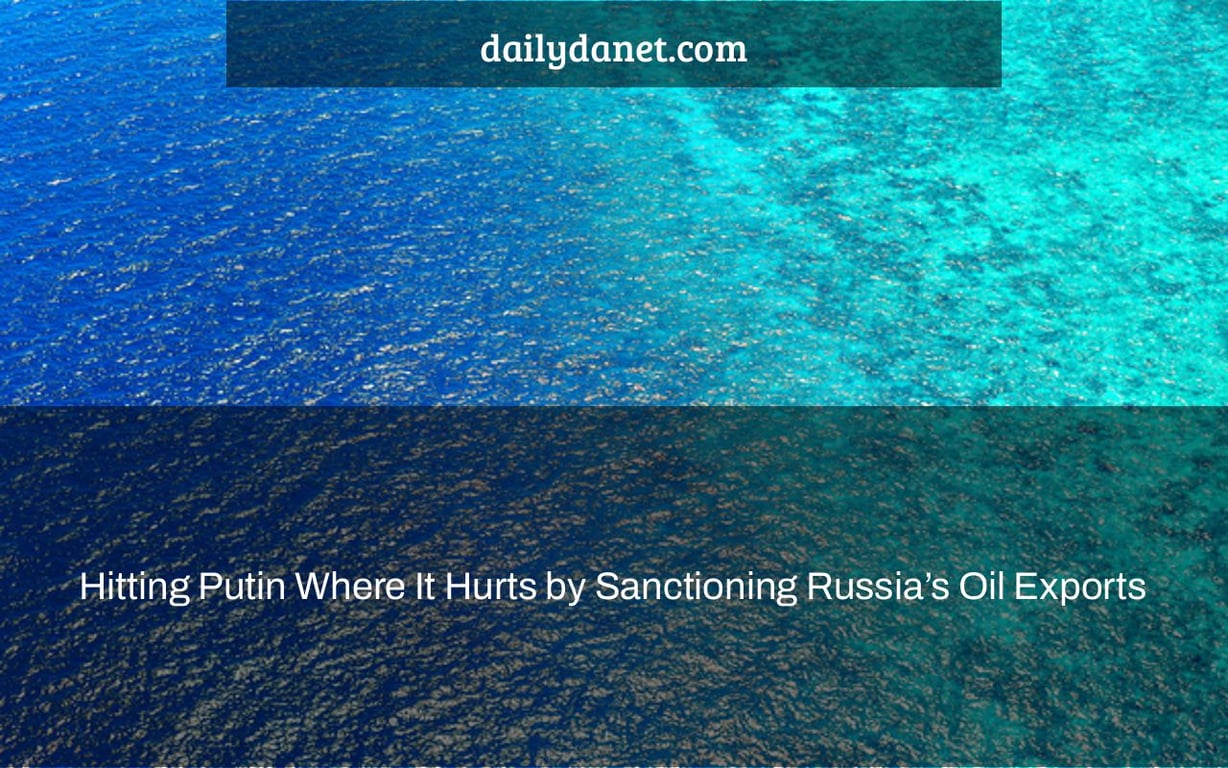 American legislators are trying to prohibit the United States from purchasing Russian oil, and the Biden Administration seems to be on board. Regrettably, this is essentially a symbolic act that sidesteps the fundamental issue: whether or not all Russian energy exports should be sanctioned.

Oil and gas revenues account for over half of the Kremlin’s budget and are crucial to Vladimir Putin’s brutal conflict in Ukraine. The issue is that sanctions on Russian energy might affect the global economy, particularly in Europe, which imports around 25% of its oil and 40% of its natural gas from Russia. The world will continue to fund Putin’s war machine until the West is prepared to grab this nettle.

Politicians in the United States are avoiding the topic even as they hurry to restrict Russian oil imports. The greatest reason for prohibiting imports from the United States is to demonstrate to a hesitant Europe that the United States is ready to make sacrifices first. Last year, however, Russia accounted for just 8% of US petroleum imports and 3% of oil consumption. It would not be difficult for the United States to replace this—or for Russia to find a new market.

Democrats are hurrying to support the US prohibition, partly to shelter themselves from criticism of their anti-fossil fuel policy. House Speaker Nancy Pelosi has embraced the concept, and vulnerable Democrats like Josh Gottheimer of New Jersey are coming on board.

Mr. Gottheimer adds, “We have the potential to cut off Putin’s main source of money, to promote America’s own energy independence and security, and to cooperate with our friends to stabilize the global energy market to assist us offset growing energy prices for our hardworking families.”

None of these objectives would be accomplished by a purchase prohibition in the United States. However, it would allow politicians to take credit for something while avoiding the penalties that truly matter—sanctions on any firm or bank in the world that buys Russian oil and gas.

The Swift sanctions on select Russian banks do not apply to Russian energy, and the US has refused to implement so-called secondary penalties against banks throughout the globe that fund Russian energy exports. The sanctions on Iran and North Korea have been imposed by the United States, and they are effective.

Secondary sanctions on Russian oil exports have a better case than secondary restrictions on natural gas, which Europe urgently needs. Oil sanctions, it is feared, would propel the global crude price considerably higher than Friday’s finish of $118 a barrel.

How much higher may prices rise? Nobody is aware. It would be contingent on how long the sanctions are in place and how long the conflict in Ukraine continues. Russian crude is already selling at a discount, and 70 percent of Russian oil shipments were unable to find a customer last week owing to logistical issues and the threat of sanctions.

The conflict would finish sooner and oil prices would decrease if heavier sanctions forced Mr. Putin to agree to an exit arrangement. Higher oil prices, on the other hand, would create a big incentive for shale producers in the United States and OPEC to pump more. Russia’s daily shipments of over eight million barrels can’t be replaced overnight, but a significant portion of them may be by the end of the year.

Last month, the International Energy Agency predicted that world supply might rise by 6.3 million barrels per day this year. OPEC’s spare capacity is projected to be four million barrels per day. Mr. Biden’s demands to raise output have been rejected, in part because the Saudis and UAE are concerned that the market would soon be oversupplied, particularly if sanctions on Iran are removed. This fear may be alleviated by cutting Russian oil off from global markets.

Unfortunately, the Biden administration is anticipated to sign a new Iran nuclear accord shortly (see below), which would increase world supply by 1.3 million barrels per day. This year, shale producers in the United States might pump an additional 1.4 million barrels per day, and strategic petroleum reserve releases could boost supplies on the margin. Between 2011 and 2014, the price of oil averaged about $110 per barrel, although the United States did not enter a recession.

Our judgment is that the actual reason for the White House’s hesitancy is political. The average fuel price in the United States is already $4 per gallon, and Democrats are concerned that this would boost the likelihood of a landslide victory in November.

However, here is where political leadership is required. Mr. Biden can use his bully pulpit to explain why the stakes in Ukraine are so high for American interests, and why a temporary spike in fuel costs is worth it when Ukrainians are putting their lives on the line. He isn’t doing enough to stop Vladimir Putin if he won’t do that.

Russia is a country that relies on oil exports to keep its economy afloat. If Russia’s oil exports are sanctioned, then Russia will be in trouble. Reference: how much oil does russia export.

Where does Russia export oil?

A: The leading exporter of crude oil is Russia, with vast amounts of it also being exported to China.

How much oil does Europe import from Russia?

A: There is no concrete answer to this question. Using World Bank Trade Data, I was able to establish that the EU imports oil from Russia at an average of 22.7 million barrels per month, with a monthly range between 15-28 million barrels over the course of 2016 and 2017. While these numbers seem high at first glance when compared to other countries such as Saudi Arabia or Nigerias exports alone in terms of their respective GDPs (Saudi Arabia has around $1 trillion US dollars according to 2018 stats while Nigeria boasts revenues of nearly $400 billion), it must be noted that both Saudi Arabi and Nigeria are much smaller than Europe in total population sizes, meaning they have less need for foreign oil sources such as Russia.

Which countries use Russian oil?

A: Russia, Belarus, and Kazakhstan.

Frank Lampard’s Everton are in the relegation scrap