The National College Players Association filed a civil rights complaint with the U.S. Department of Education against Division I schools on behalf of students, alleging they are being discriminated by not providing them sufficient opportunities to play and compete at their desired time or place in violation of Title IX law. 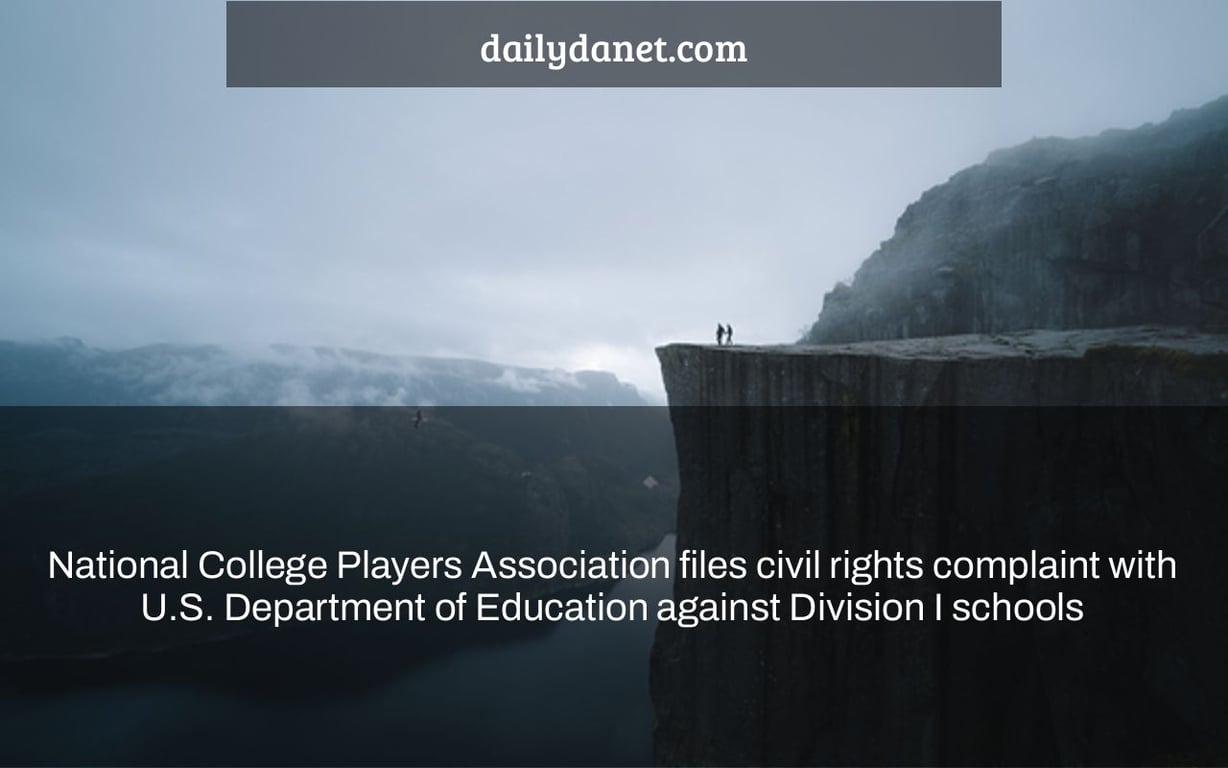 The National College Players Association (NCPA) has filed a civil rights complaint with the Office for Civil Rights of the United States Department of Education, alleging that more than 350 Division I colleges are infringing on Black students’ civil rights by prohibiting collusive athlete compensation.

According to the group, the industrywide salary cap has a discriminatory effect on Black college students since a large number of Black students are also collegiate athletes at these institutions.

The NCPA claims that the decision of U.S. Supreme Court Justice Brett Kavanaugh in the NCAA v. Alston case, which said in part, “… the NCAA and its member universities are underpaying student athletes, who produce billions of dollars in revenue for colleges each year… However, the student athletes who create the money, many of whom are African Americans from low-income families, get little or no compensation.”

In a statement, NCPA executive director Ramogi Huma stated, “This multibillion-dollar collegiate sports industry enforces discriminatory policies that disproportionately hurt Black players, while primarily White coaches and administrators gain millions of dollars.” “Athletes in mostly White sports (FBS football and men’s and women’s basketball) get fair market remuneration, whereas athletes in predominantly Black sports (FBS football and men’s and women’s basketball) do not. All collegiate athletes should be able to earn market-rate salaries. This may happen even if no sports are removed. Colleges would simply have to cut down on coach salaries and opulent facilities.”

Several players, including Stanford wide receiver Elijah Higgins, made statements in the declaration, including: “…it’s critical to accept the realities of college football as a business. Then consider how the system prevents those (disproportionately Black) athletes from profiting from their talents, abilities, and hard work.”

The NCPA started its #JforJustice campaign last month to advocate 4 equitable remuneration (including scholarships for Ivy League athletes), enhanced Title IX compliance transparency and enforcement, health and safety standards enforcement, and the preservation of all sports. The campaign includes the lawsuit filed on Tuesday.

NCPA athlete leaders and supporters urged the US Department of Education to implement civil rights legislation to address NCAA universities’ discriminatory treatment of Black and female collegiate athletes during a meeting earlier this month.

“To achieve progress, we need the assistance of US Secretary of Education Miguel Cardona. Despite the fact that Title IX is celebrating its 50th anniversary, sexual assault and harassment of college athletes continues to be widespread on campus, and female college players still outnumber male college athletes by 100,000. Due to a lack of transparency, it is difficult to determine which colleges are violating Title IX, college athletes are unaware of their rights, and sexual predators and those who enable them victimize college athletes on a regular basis “In a statement, Kaira Brown, a Vanderbilt women’s track athlete and leader of the Black college athlete organization, said.

On February 8, the NCPA launched the first move in the #JforJustice campaign by filing unfair labor practice charges against the NCAA, Pac-12, UCLA, and USC in order to acquire employee status and equitable remuneration 4 Division I men’s and women’s basketball players.

3 best moments of Jamal Crawford’s career after his retirement