The first trailer for The Batman has caused a lot of excitement among fans, but it also left one person feeling “uncomfortable” – director Matt Reeves.
He revealed in an interview that he felt the pressure before releasing footage and was worried about what would happen when people saw it. He is relieved now, because most viewers seemed to like the movie very much.

Matt Reeves, the director of “The Batman”, has said that he felt “fear” before the first trailer for his film was released. The trailer received a lot of criticism from fans and critics alike. 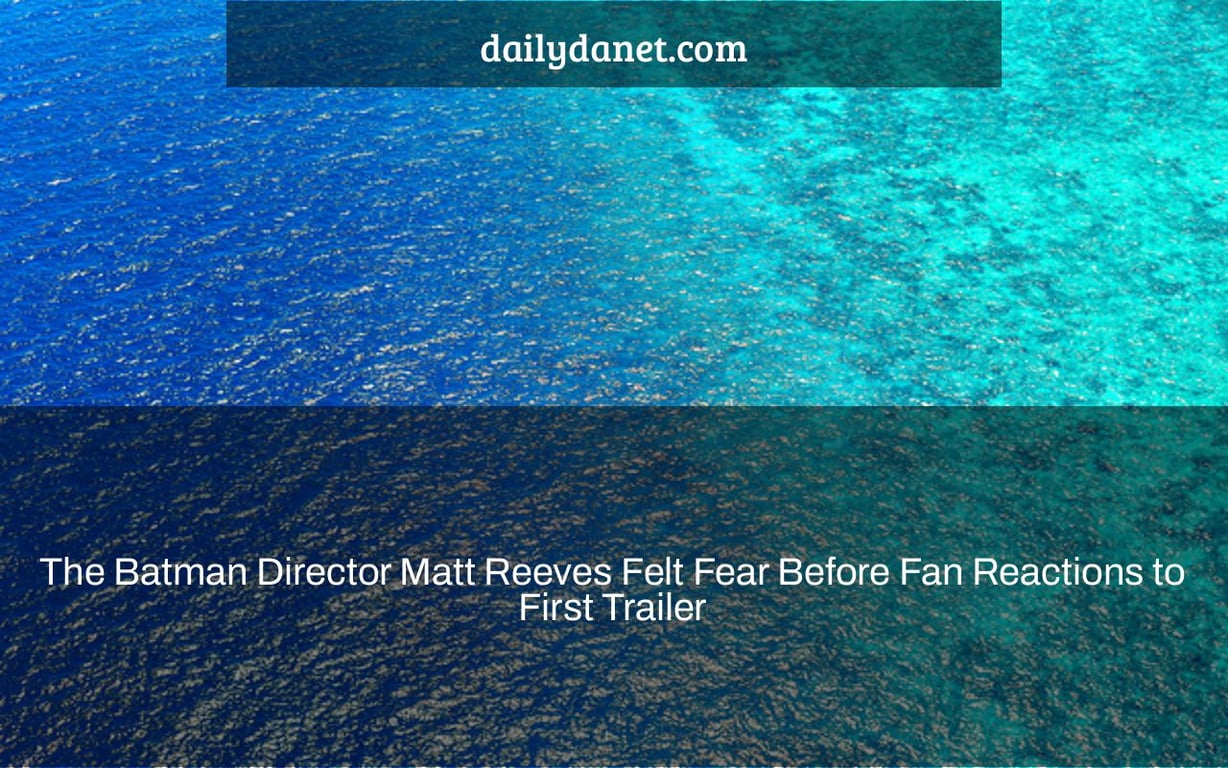 In the debut trailer for The Batman, set to Nirvana’s “Something In The Way,” Robert Pattinson’s Dark Knight hissed, “I’m retribution.” The teaser trailer, which debuted at DC FanDome in 2020, gave fans a taste of the dark and filthy remake as envisioned by Cloverfield and War for the Planet of the Apes director Matt Reeves – or at least a fourth of it. “We’ve only filmed about a quarter of the film,” Reeves remarked at the virtual FanDome, “but there was no way I couldn’t reveal some of it.” Due to the epidemic, filming on The Batman had been halted for months, but fan comments from the event helped soothe concerns about Reeves’ concept for a new Batman.

“The first FanDome was very exciting. I have to say, one of the things that’s really exciting for me is I love to look at the fan reactions whenever we release one of those trailers,” Reeves said when asked about early reactions during a Q&A hosted by Twitter Movies. “The fan reaction to that trailer was so edifying. When you take on something like Batman, you take it on with a huge amount of fear because you think, ‘I want to do this,’ but you know that everyone has their own version of Batman in their head already.”

In a sneak glimpse from the movie’s Batman revelation, “Vengeance” appears from the shadows to smash a face-painted bandit in the Gotham City gutter. The re-imagined Riddler (Paul Dano), Penguin (Colin Farrell), and Catwoman (Zoe Kravitz) were hinted in the dark and melancholy teaser, but Reeves sought to pitch The Batman as the epitome of retribution.

“After releasing on that guy, we filmed the sequence of Rob walking out in what became kind of the hallmark moment when he is questioned, ‘What are you supposed to be?’ and he answers, ‘I’m revenge.’ I’m delighted we got that picture because it exemplified what I wanted to do in the film “According to Reeves. “‘What version of Batman are we?’ I wondered. It’s this version.’ That was the item I wanted, and thank goodness we’d already filmed it because that’s what we got to show the public the first time they saw it online.”

“I believe the reason it was so fantastic is because I wasn’t sure whether it was going to be a version that the audience would appreciate or desire,” Reeves remarked. “When that response occurred, it was as if someone said, “OK, we’re on a route that people will want to watch, and I know that people are at least intrigued thus far.” So it’s been fun to see how people respond to each teaser.”

The Batman received an A- from CinemaScore’s survey of opening-night moviegoers, placing the DC Films remake on par with Christopher Nolan’s Batman Begins (A) and The Dark Knight (A) (A). After a broad release on Thursday, The Batman is expected to gross at least $120 million in its first weekend, behind only Spider-Man: No Way Home’s $260 million.